This song refers to Annie, a 12-year-old girl soon to be forced into a life of prostitution by her “drunk-ass” dad. The narrator of the song, sexually attracted to Annie, removes her from the situation, but she ultimately leaves him as well.

In our interview with Sublime bass player Eric Wilson, he said, “‘Wrong Way’ is about a girl that we knew in Long Beach. It’s almost a true story.”

Sublime released two albums on their own label before getting a deal with MCA, but lead singer Brad Nowell died of a drug overdose two months before their major-label debut was issued.

“What I Got” was sent to American radio stations, and did surprisingly well considering there was no band to promote it. Slowly, listeners were turned on to Sublime, and the album eventually sold over 5 million copies.

“Wrong Way” was the third single promoted to radio (following “Santeria”), and it peaked on the Billboard Airplay chart in August 1997, about a year after Nowell’s death.

Since MCA preferred $16 albums over $2 singles, “Wrong Way” and the other songs on the album were not made available for sale in America, which made them ineligible for the Hot 100 chart according to Billboard rules.

The surviving members of the band made a video for this song after Nowell’s death. Directed by Gregory Dark and Josh Fischel, Bijou Phillips stars as the girl in the song, Annie. [Bijou was 17 when she stared in this music video] 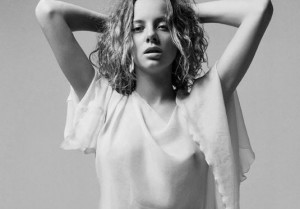 The line, “big salty tears rolling down to her chin” is a reference to a song called “Big Salty Tears” by The Ziggens, a band that was signed to Sublime’s Skunk Records.